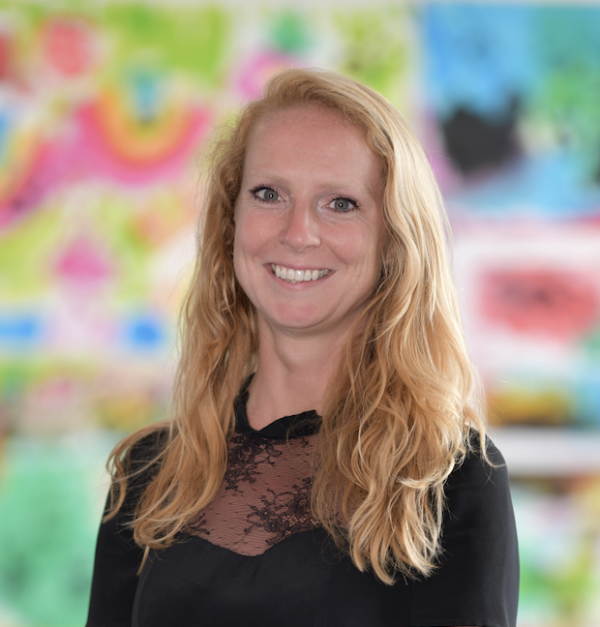 On the first of May 2022, we sent out our first press release. Read here what happened.

On the first of May 2022, we sent out our first press release. Something we have prepared the weeks before, as we wanted to do it right…
We made a promo video about our project, with cool shots that show the adventure we are looking for during our expedition.
We made all kinds of pictures of ourselves with the car.
We made a contact list to reach out to.
So many things we had never done before! We googled for tips and asked people around us for feedback and advice. The result?

On the first Sunday in May, we woke up way too early, as we do quite often since we started this project. We were so excited, nervous, and curious, all at the same time. Would we receive reactions? And if so, what kind? What would the impact if our project would be shared? So many questions.
The next week started.
A week in which we did not know what to expect. But soon, my phone started ringing:
All were interested and wanted to share our story! Some shared the article we wrote, others wanted to plan an interview. We even received a call from BRABANTS DAGBLAD (the newspaper of our region). They wanted to visit us at our home, make a 4.000 words article and shoot some pictures. So cool!

I, Renske, am writing this the day after the article was published, Tuesday the 17th of May. It is such an unbelievable experience. An article about us and our dream in the newspaper. It was published 1,5 weeks later than expected by the journalist. So we had some moments of doubt, and disappointment once we opened the newspaper of the day. However, yesterday we got messages from friends that found the article before us!
It was never my ambition to become well-known, and it still isn’t. I just want to do things I believe in. And this is exactly what I am doing right now, more than ever. The press release is only a tool to give people the chance to join the expedition. And they are; they follow and like our idea. It’s an amazing feeling after more than 8 months of hard work. We are not there yet, as some fundamentals still have to be achieved. A true challenge! However, this achievement helps us to charge our batteries with new energy to keep going strong!
And more is coming, as we were also interviewed for an article in the magazine Kampioen; the biggest one in the Netherlands with a reach of over 3,7 million!
You might wonder; What was the impact of being published on so many platforms? As we were curious as well.
To tell you the truth it is better than we expected! So many stories are shared these days; on the internet, in the newspaper, on social media, and more. Why would ours be the one people would react to, remember, or even read?

What was the impact?

But it did happen. We got reactions from people that liked what we were doing, from experts that wanted to help us, and even from companies that were interested in working with us! It even had another impact we did not expect; some people we called about our expedition, did no longer need an explanation of our project anymore. They already heard about it.
Again a big next step for 4X4ELECTRIC.
Time to enjoy… and think of the next one!
Do you have questions, ideas, or tips? Do let us know…
The article in Brabants Dagblad:

We are one step further in finding a solution for the most important technological challenge. 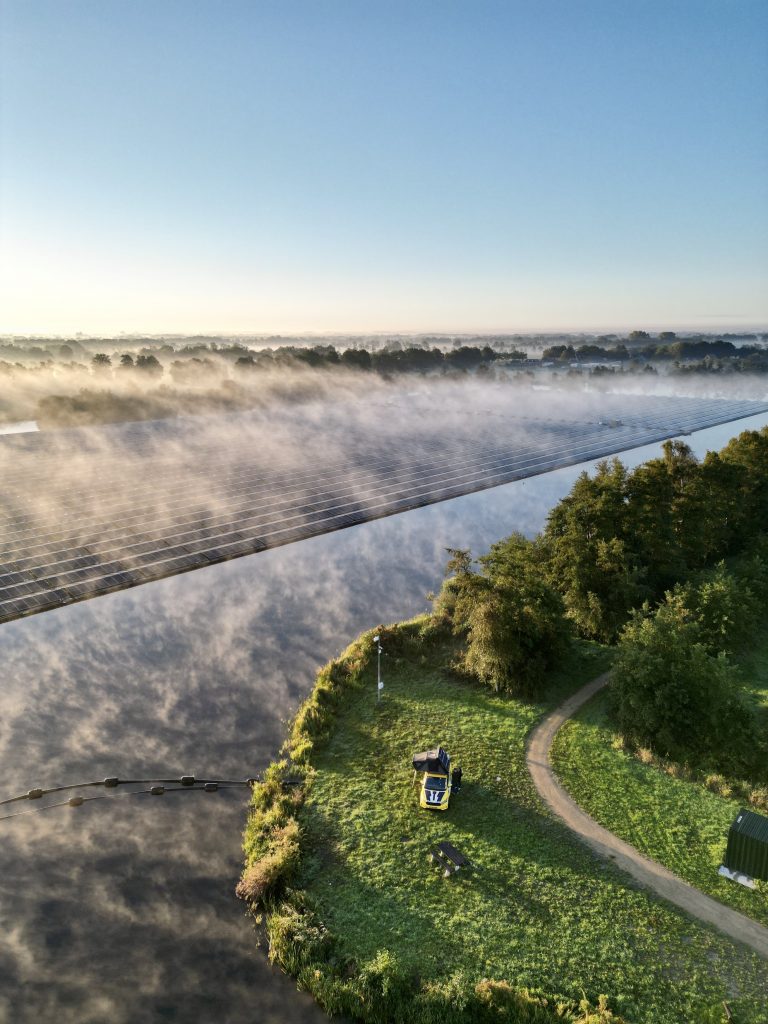 Camp spot at a solar park on lake

Here they installed a solar park on the lake with 25,000 solar panels. This way they generate enough energy for 4,000 homes and create a unique nature park. 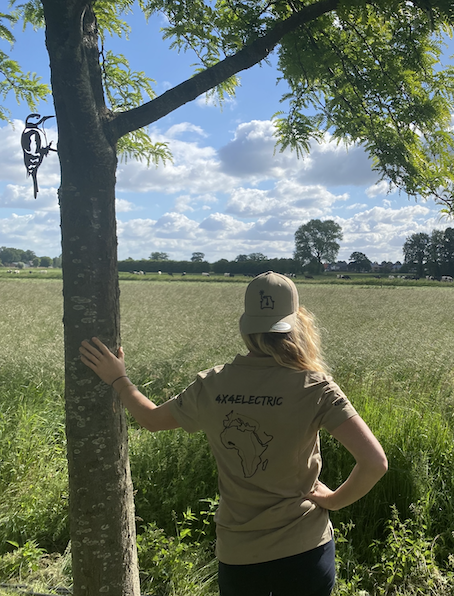 WeProduce is a company in Leende (Brabant) that gives clothes, accessories, and promotional gifts a personal look.