Our first days in Senegal 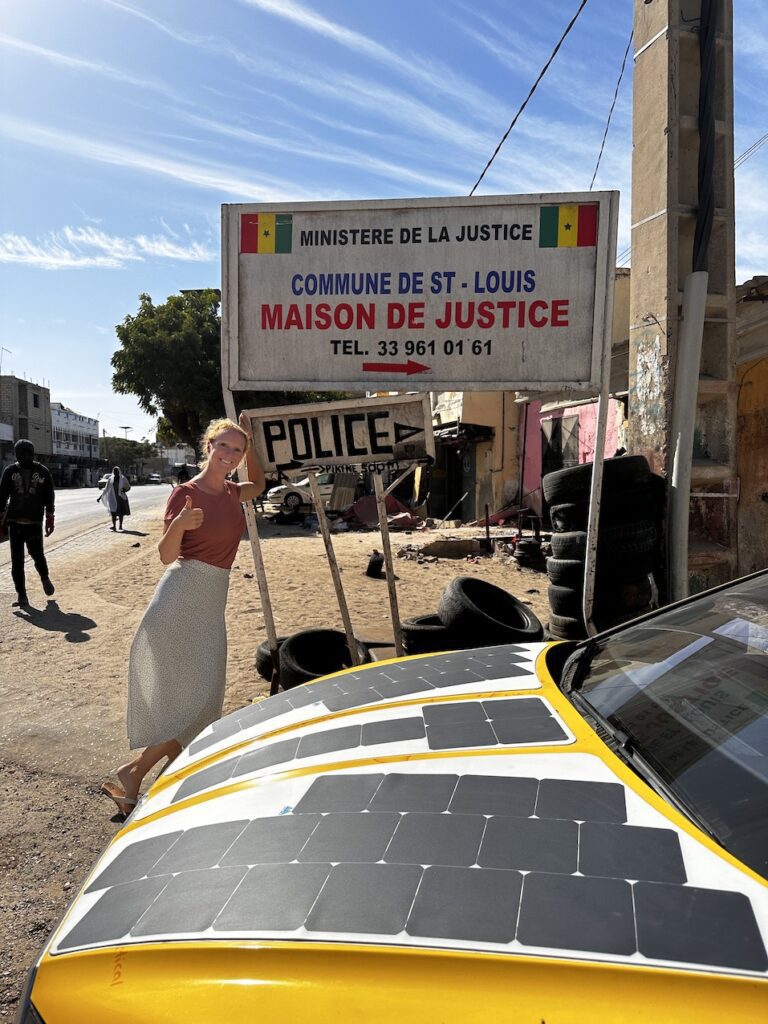 Traveling all-electric, charging with our solar panels, through the North of Senegal. In this article we share our experiences.

Entering Senegal from the Mauretania border at Diama was without any hassle. Only 3 different offices were needed to exit and enter the country. All people we spoke to were very nice and relaxed. After all formalities and paying for the visa, we entered Senegal. Leaving Mauritania, which we see as a long beach road without reaching the sea, Senegal is way greener with trees, bushes, and monkeys, right from the start!

We found ourselves a spot to put up camp for the night with just 12% state of charge (SOC, percentage of energy in our battery, roughly 50km), and for us the first reminder: our battery is almost empty. As we have our own powerplant in the back of our car, we fell asleep easily.

After checking the weather forecast in the morning and looking outside, we notice that charging in the morning was not ideal due to clouds. We decided to go to the city of Sant Louis. We knew we could charge at a hotel in the city with the same power as we could at home at a street charger: 11kW. An amount of power we can only dream of with our solar panels. But charging on the grid did not really feel good as we already were driving on purely solar for more than 10 days. We were still searching for places to charge with our solar panels when we entered urban areas. In the end, we decided to go to the hotel we found via an app for, what we thought, was fast charging. When we found the hotel, we came to the conclusion that the hotel was closed. With 9% SOC, we did not have a lot of options left. As it was still around 10:00 AM, we decided to search for a spot to charge with our solar panels anyway. We found a spot with satellite view of Google Maps. Driving to this spot we were pulled over by a police officer with just 6% SOC. We do understand a little bit of French (the main language in Senegal) so we knew we were pulled over for a car insurance issues. As the green card we have in Europe does not apply in Senegal, we knew we had a problem. We had planned to go to an office to arrange this insurance, as all tourists do, but as it was a Sunday this was not possible. Luckily one big factor was in our favor: time. We stayed calm and kept in contact with the policeman.

After over 30 minutes, the police agent said that we had to pay a fine of 24.000 CFA (€37,-). As this was way too much we said this was not reasonable. Then suddenly the game changed as he asked: “What do you want to pay?”. As the policeman started a negotiation, we knew we had to pay a bribe. Paying a bribe is something that we want to prevent doing, to not stimulate this. So, we kept our grounds. Half an hour later, the policeman guided us to the police station on our request as we made clear we would not pay him something without an official ticket.

Arriving at the police station we explained the situation that we are traveling from the Netherlands to South Africa with an electric car. The police agent that pulled us over had already left. We were asked to show our Carnar du Passage (a car passport) which the police agent on the street did not ask for and we were allowed to continue our journey. After we received our driver’s license back, we showed them our expedition car. They were very surprised and inspired by our expedition. After we were allowed to continue, with only 5% SOC left at 11:30 AM. We continued our journey and, in the end, found a nice flat spot to charge our car. As until this moment we are driving over 1.300km on purely our solar panels, we are very happy to continue this way of sustainable travel.

On the spot, we found there was quite some wind and the surface is completely flat. With a hill facing South, we would be generating more energy as we are not at the equator yet, where lying the panels flat is the best orientation. In addition, there were quite some high-altitude clouds. But as we are at 5% SOC, we did not have a choice.

While pulling out our solar panels, lots of kids approached. After some time, adults started approaching as well. After the panels were pulled out and we were charging with 6kW, we explained to the local community what we were doing. They were more than interested, keeping the kids at a safe distance while we explained it all.

We are amazed by the interest and understanding of our expedition and the awareness of the power of the sun.

We charged the car from 5% to 25% SOC purely on the sun still feels surreal. Not the best charging day, but we are really happy that we can charge everywhere. Overall, the total energy generated by our solar panels is now roughly 58% of the kW needed for our entire trip through Africa. And we expect this percentage to rise even more during our entire expedition.

We share this to make you believe as well:

“Solar energy is the not the future, it is now.” 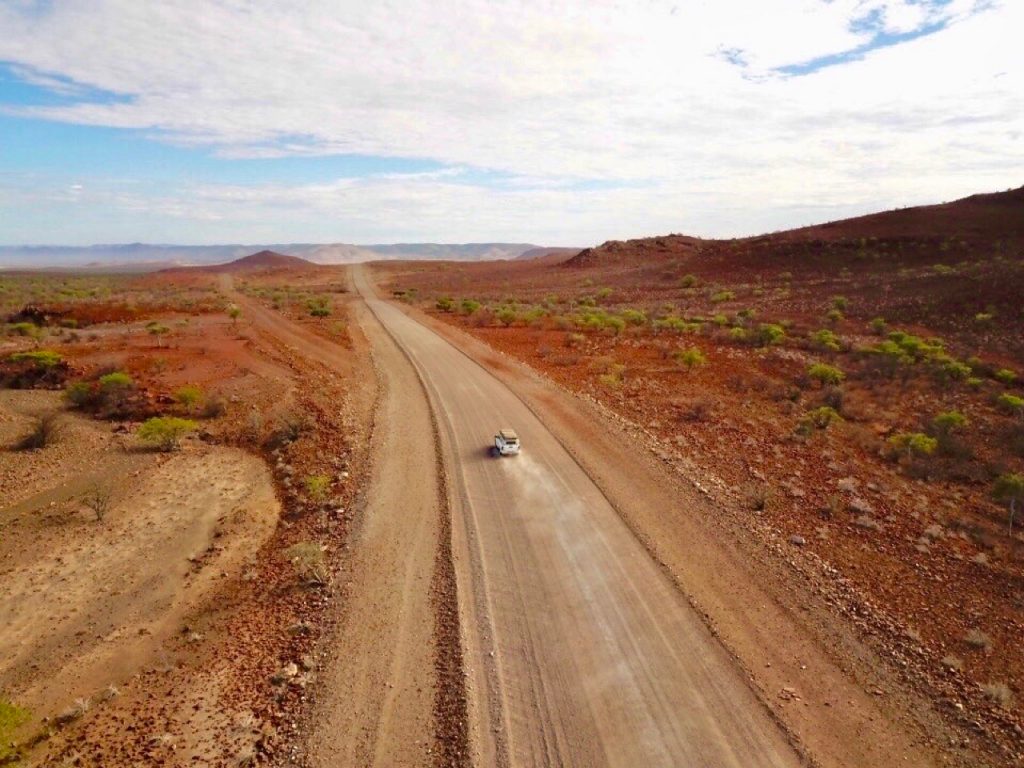 Our first interview about 4X4ELECTIC is a reality! By Boris Buschardt form EV Overlanding. 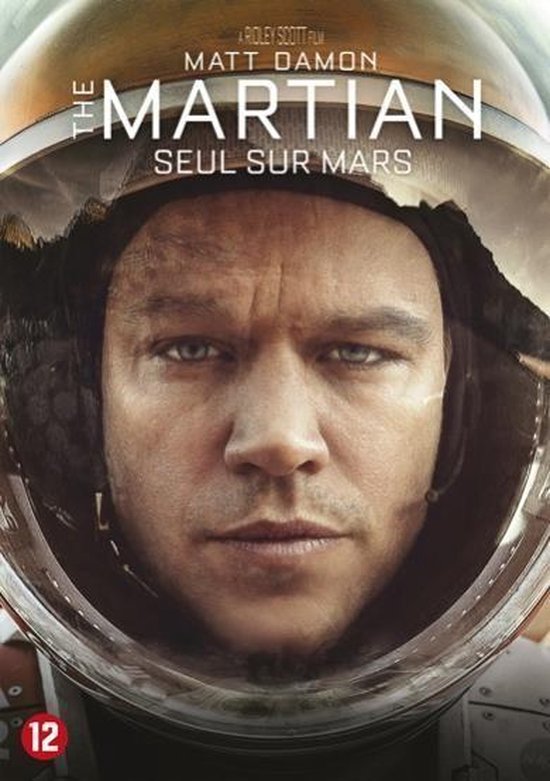 We are one step further in finding a solution for the most important technological challenge. 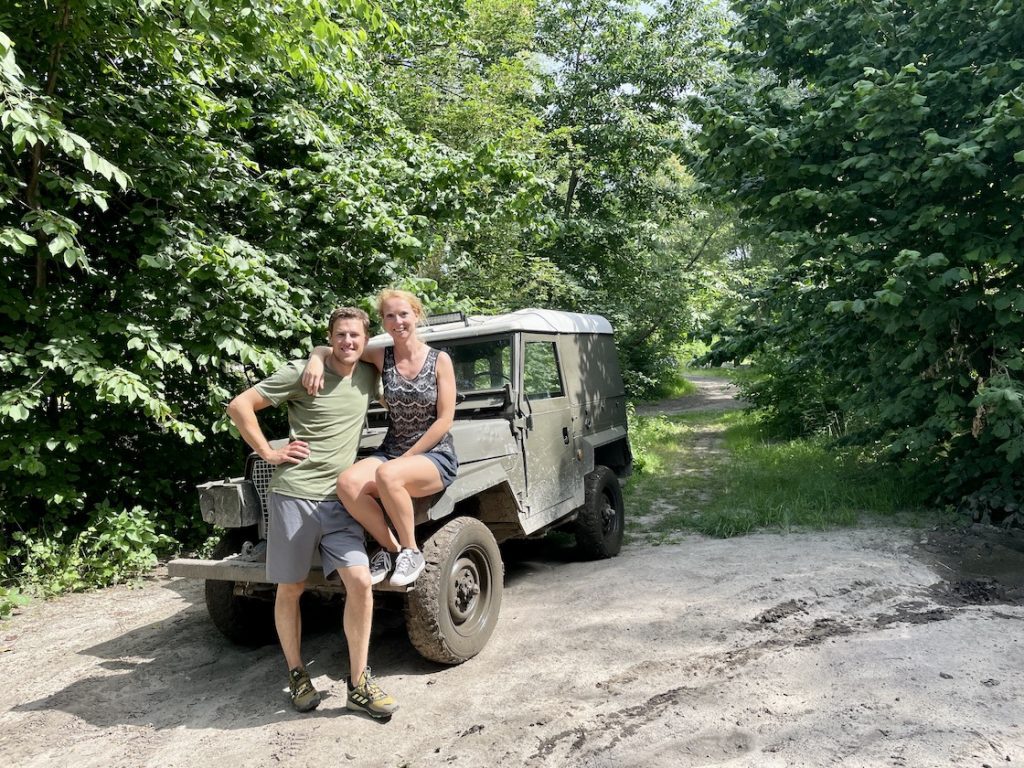 Yesterday we went on a 4×4 driving course. Maarten gave this to me (Renske) birthday. The main tip: creativity wins!